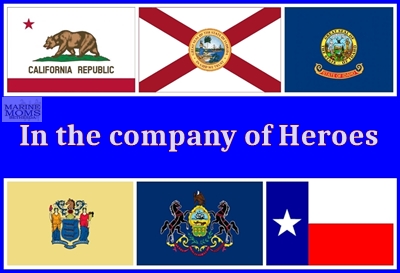 “Heroes are people who overcome evil by doing good at great personal risk. Through self-sacrifice, fortitude and action — whether they succeed or fail — heroes provide a moral and ethical framework — and inspiration — for the rest of us.”

Wives, mothers, fathers, sisters, cousins.
Just a few of the family members we met today on 5 East.
Some had been there 5 weeks; some arrived just two days ago.
Some travel back and forth from their home state to the hospital, as they can.
Others have stayed so long that their sons are telling them, “It’s okay to go home now, Mom. I’ll be fine.”
=====
One had two sons deployed at the same time. Now one’s stateside…
One’s son was twice to Iraq, Purple Heart from his second tour there; two months in Afghanistan… now he’s at Bethesda.
Heroes.
=====
Met mostly Marines at the luncheon.
Iraq and Afghanistan.
Some from the same units.

Cancer, prognosis not good. Yep, at 21. The docs made the diagnoses while he was in Iraq.

===
A couple of patients, retired Vets, in there for other things came in and filled a plate.
Heroes.
====
When I say “headcount” it includes wounded, family members, and staff.  It doesn’t really reflect the actual number of patients. Some have family members or friends visiting them.

The headcount for the luncheon was double what it has been in the past since after Bush’s surge kicked in over in Iraq.
Lots of family members there this time.
====
Doctors, Surgeons, Nurses, Corpsmen, Physical Therapists, Navy and Marine staff.

The Chaplain was back. We met him back last spring. Really nice guy and we enjoyed chatting with him again.

A Nurse who served for eight years, got out and missed it so she went back in. Her husband was also in the military.

Some Docs totally cracked us up, they were so funny – oncology and psyche Docs.

An Intern who was floating between Walter Reed and Bethesda on different wards each week.

A Corpsman came in several times to fix plates for his patients, then for himself.

He had a sweet tooth, came back a time or two afterwards for some Entenmanns’.  Or maybe the goodies were for one of his patients – not sure, I should have asked. 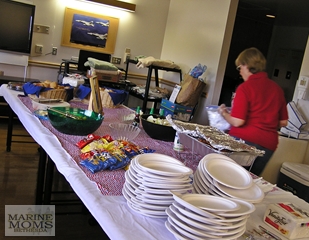 Didn’t have room in the car for the gift bags so left everything in grocery bags and then put them in the pantry labeled and dated for the families.

Left some boxes of grab and go food for the guys at Mercy Hall in the Liaisons’ office.

Dave came through again with the Entenmanns’.  Deb let Dave know we had a luncheon coming up the Monday before.  Dave put a couple of boxes together.  Scott picked them up from Dave’s business on Friday.  Jean picked them up from Deb and Scott’s on Saturday and brought them with her.

It was Jean’s first time in the parking garage so I made sure she didn’t get lost – wouldn’t let her go by herself. We might not have seen her again. 😉 Thanks to Deb, I’ve finally figured the garage parking out; know exactly where to park so coming out of the hospital the cars are within sight of the door.

We gave out the Stars from Jan and Linda in Florida to the patients and some of the staff.

Oh by the way, that reminds me! Dee won the Energizer Bunny “Keep On Going” contest! She is going to use the $15,000.00 for care package postage! Way to go Dee! 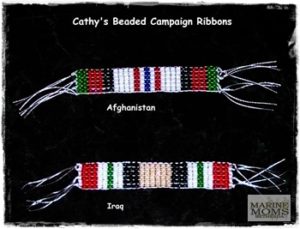 Gold Star Mom Cathy in Georgia made beaded campaign ribbons for us to hand out. The patients really liked them.

The Dunkin Donuts gift cards from Chris were a real treat.

We also left a container of coffee, sugar, Splenda and coffee filters in the pantry.

Had some “Trail of Tears Remembrance Motorcycle Ride” t-shirts from Grizz and Bob in Tennessee with the niftie gifties..

Red, white, and blue afghans from Esther’s Ladies at “Hooks and Needles for Our Troops” went to good homes. I love to tell the guys the story behind the afghans.

Homemade pillowcases from Bayside Quilters. Two little girls, about 7 and 4, had fun choosing one.

Quilts were given out from the quilters. One had been made by a 13 year old, her first quilt, and she was determined that it go to someone at Bethesda. Now I know if you’re a quilter you know what that means. A true, selfless, caring, gift of love. She included a note to whoever it ended up with.  And it really touched the Marine’s heart that it was given to.  His mom came back for an address so he can write back to her.

The note writers outdid themselves this month. I printed out 8 pages for each packet plus had some handwritten cards to slip inside the 13”x 9” envelopes.

We had stuff from Della, Amy, Jim.  The non-perishables and pantry items were really appreciated with some of it things we normally would not buy.

Heroes.
====
We met the “Cane Man” and his daughter who were there to hand out canes to guys who could use one.  He was there trying to catch the guys who were leaving in the next few days.  They are beautiful. He’s making wooden pens for them now, too.

An Injured Marine Semper Fi Fund Sponsor was there with his adopted Marine spending the day with him.

Heroes.
=====
We see DEDICATION in the staff and volunteers who provide care and support for them every day.

And we also see a DETERMINATION and GRIT in these wounded Marines and an intensity of STRENGTH within these families. 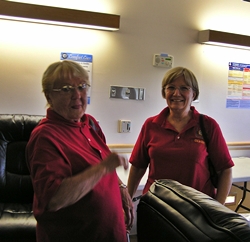 There were three of us at this luncheon, Jean, Gladys and me, and things were pretty quiet in the Liaisons’ office so it took us a little longer to set up.

Only had one cart to use and it took three trips plus carrying stuff up by hand to the floor on the cargo elevator.

The ziti was kept warm on one of those tray thingies with sterno under it, garden salad, a cheese and pepperoni bowl, bread and rolls, candy, baklava, cookies, different sodas, smoothies, Entenmanns’.
Not many pictures this time, no time to take them…

But lots of memories – the last memory is of a new patient being wheeled to his room as we were leaving, with his mom and dad following the bed, just beginning their new journey at Bethesda.

Heroes.
=====
Shortly after merging into the unusually heavy traffic on the beltway to head home an older woman sped past me driving a car with a bumper sticker that read:

“War is Not the Answer.”

No one likes war.

Does she realize that Islamic jihadists are worldwide, not just in Afghanistan and Iraq, but creeping into countries in sleeper cells and through the court systems? Does she understand that the bad guys consider beheadings and instilling extreme fear is an acceptable way to control the tribal regions? Does she think that suppressing a population and keeping it in fifth century ignorance and poverty is hunky dory?

Does she truly realize just how fortunate she is to live in the United States of America?

Never forget the Heroes.
=====
The Rules of Engagement in Afghanistan have changed again, becoming even stricter for our troops while fighting bad guys who blend in with the population and who hide behind women and children.

Four Marines were killed recently in Afghanistan when they didn’t receive the air support they needed.

Certain politicians are once again playing their “let’s withhold the funding for the war for another six months to make a political point” game and yet members of Congress have no problem bringing the pork home to their own districts.

Yeah… I’m grumpy this time around.
A friend’s son was KIA.

You bravely walked the walk so many others won’t and you will not be forgotten.

HERO.
=====
Now is not the time to let our strength of mind, our fortitude, and our willpower to become weak.
====
We have four more luncheons scheduled this year, two in October – 5 East and Mercy Hall, one in November on 5 East, and one in December at Mercy Hall.

Our December 3rd luncheon will be “Christmas at Bethesda” with more details coming soon in the Marine Moms-Bethesda newsletter.

If you would like to be added to the newsletter mailing list, you can sign up for it to the right on the sidebar. Make sure to check your junk folder for the confirmation email after you do.

I’m envisioning the homemade Christmas stockings stitched by Bayside Quilters stuffed full, tins of homemade cookies from local military moms and troop supporters, and Christmas cards for the wounded warriors from across the USA.

A few new Crew members are coming on board between now and the end of the year, Sally, Barb and Suzan will be helping with luncheons for the first time and Janet will be taking over the support notes for me. We are slowly growing, and with good people.
===== 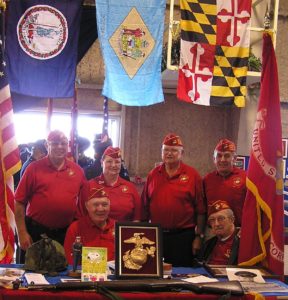 There was a Veterans’ Muster in Cambridge, MD yesterday and our Marine Corps League friends invited us to join them at their table.

They even let me put Snoopy cards on the table to have people sign to take to Bethesda.

The local Blue Star Mothers Chapter was there. 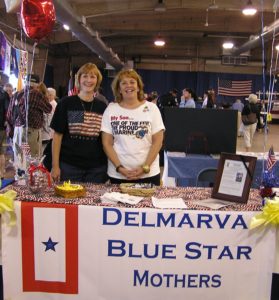 This was the new chapter’s first venture out in public and their table looked great!

They had a memorial to Sgt. Bohle, the chapter’s president’s son, and the organizers of the event had a moment of silence for him.
People who “walk the walk”.

You can join them… Support the Troops. Thank the Veterans.
Walk the Walk with them… and for them. 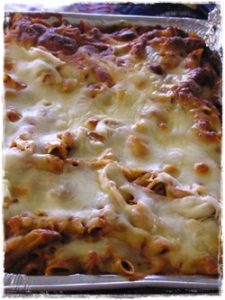