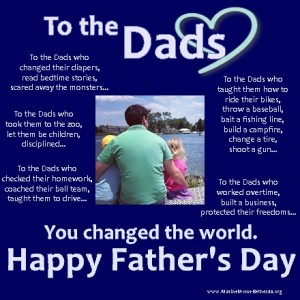 The “tweens” are a little less labor intensive than the big luncheons we do every other month on 5 East.

Back in January after the luncheon was over, our volunteers expressed an interest in coming more often.  We added five extra dates “in between” the dates already in the schedule, with a very limited budget for them and 3 to 5 volunteers instead of 7 – 9 since the menu would be simpler. 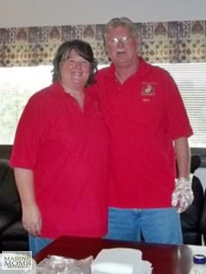 Fresh fruit is one of the first things to disappear.

Water is something we take a few cases of when we can, leaving one of the cases in a waiting room for the families to help themselves.  There are water fountains of course, and it tastes just fine (I’ve tried it), but you know how it is, nice to have a bottle with you, and this saves them a little pocket change for other things.

Smoothies – The smoothies, a staple of all of our luncheons, were a big hit again…

“This is the only thing my son has eaten since we’ve been here.”

It was a little quiet on the hospital ward. From Janet:

“One couple sat in with us while they ate their meal.  They were only up for the weekend as they both work.  Their son had his wife with him.  Arkansas was their home state.  A really nice couple!!!  Lew spoke with him for a long time in the hallway … they were talking about Father’s Day and sports and how it felt hearing your son is
injured.”

Janet and Lew’s son was an out-patient at Bethesda while on convalescence leave this time last year after spending some months on the surgical ward recovering from gun shot wounds to both legs from a fire fight in Afghanistan.

“Lew and I consider it a privilege.  Lew was hoping for more opportunities to go this year and the TWEENs are allowing that.  Being able to volunteer allows us to give a little back to them. “

Thank you, Janet, Lew and Elizabeth, for taking a beautiful Sunday – Father’s Day – and serving the patients and families at Bethesda.Job Well Done!

Until next time, continued prayers for our military and heir families