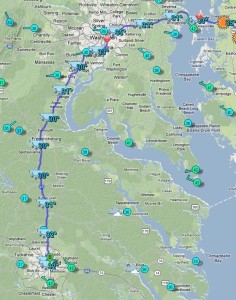 Semper Gumbiness!  It happens!  We’re used to it, have lots of experience with it, and have learned to flow with it, there are just some things we can’t control.

Originally the luncheon was scheduled for Sunday.  About five days before it was going to happen we learned we needed to change the date so  we switched it to Monday.  Oh, sure, we could have rescheduled for a later date, but the weather forecast looked great, some of the food had been bought, we had enough volunteers to help on a weekday, so we rolled with it.  I did tell everyone that if there was the slightest hint of snow flurries, I wouldn’t driving down.

My plans were to leave about 5 AM on Monday morning.  Sunday afternoon I checked the weather site… then kept checking it every hour or so.  From about 2 PM until 9 PM  the temps fell from just above freezing to just below freezing and the potential of a snow/rain/ice mix

Deciding not to attempt the long drive down and back, I called Janet to let her know and asked if they were up to the drive down. The rest of the luncheon crew live much closer to Richmond.  She said they were good to go.

Janet touched base after they arrived home and said the luncheon was a success, the patients and families were very appreciative, and the VA and Liaison staff were a fabulous to work with. 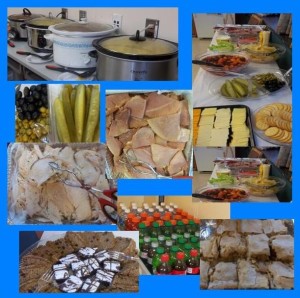 ham and turkey  platters with sandwich fixin’s on the side; assorted rolls and bread;

Sarah, Mike, and I hit the road by 8:30AM this morning.   We were enjoying the light flurries and conversation while driving on 95 heading south to the McGuire Hunter Holmes VA Hospital in Richmond; that is until we hit Thornburg.

The light flurries turned into a swirling blanket of snow which caused low visibility and our speed dropped to 45.  Every time a truck passed us our windshield would be covered with slush.

If the temperature would have dropped, we would have been stuck in Richmond; but that didn’t happen.  The temperature gradually rose and we had smooth sailing all the way home.  We did call Paulette to let her know we hit snow and might be a bit late.

Arrived at the hospital at 10:00AM.  Paulette was there waiting with two carts.  We were up to the room and set up by 11:00AM.  Not bad for being slowed down by snow.

We were cleaned up and on the road by 2:30.  Paulette and the Gunny were FABULOUS.  Great all around luncheon.

What a wonderful day, Jane.  One of my favorite times in Richmond.  All went so smoothly and so precious to be amongst those brave young men (and a few old timers).

Thank you, Mike, Sarah, Carol, Janet (and Lew in the background!) for braving the weather to serve our wounded Warriors and their families at Richmond VA Medical Center!   Job Well Done!

We are grateful to the VA staff and to the Marine Corps Liaison office for working with us and allowing Marine Moms-Bethesda the honor of coming in to show support for these brave young men who have given so much in service to our country.  Thank you!

This was Janet and Lew Skerry’s last luncheon with Marine Moms-Bethesda.

Thank you, Janet and Lew for your dedication and commitment helping with Marine Moms-Bethesda’s luncheons over the past two years. Your advice to us from the viewpoint of a family of a wounded Warrior has been invaluable.  We wish you fair winds and smooth sailing in your new endeavors.

Hunter Holmes McGuire aka Richmond VA Medical Center has a state of the art rehabilitation program serving our Nation’s combat wounded and active duty service members who incur catastrophic injuries.  One of the things Janet mentioned to me about the luncheon were the patients they met with severe Traumatic Brain Injuries.

Eventually, they will recover to their “New Normal”, perhaps even possibly continuing on active duty.  Others will need long term care for the rest of their natural life.  Once these Warriors, still in the fight – just a different mission now – are medically retired they will transition into the civilian world and the VA medical system. 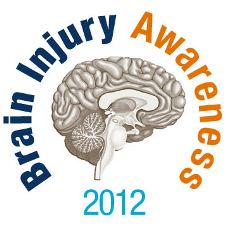 The Defense Centers of Excellence for Psychological Health and Traumatic Brain Injury’s website has beau coup bunches of information for those looking for information and help.  I encourage those interested, whether active duty, family member, care giver, or Veteran, to surf their site to see what is available.

There are also many, many other organizations providing help to those looking for it.

You are NOT alone.

To our “Elfs” – our supporters – Thank You! You are touching lives in ways you do not know.