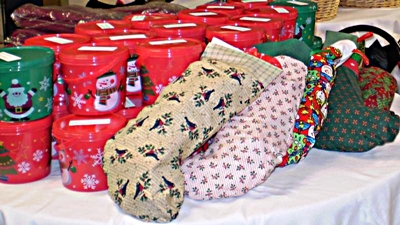 Made possible by “Elfs” across the country!

Thank you so much for being an “Elf” and bringing “Holiday Cheer” to Bethesda Naval Hospital.

Stockings made by Bayside Quilters of the Eastern Shore,  MD.

Stocking stuffers were sent from:

Judi in Illinois, Ann and Johnny in California,
Maria in Germany, Peggy in Michigan, Gladys, Bob, Jane, Dockside Boat Works, Chris and Carey, and Lilies of the Field in Maryland.

Additional stocking stuffers were made possible by:

Arlene, Nancy, Jeanette, and WA State Operation Thank You in Washington State; Melissa in Tennessee, Ann and Johnny in California, Chris & Carey, andGladys & Bob in Maryland, Tawnia in Minnesota, and “A Former Marine”.

Jess shopped for the stocking stuffers, and the gifts were wrapped and stockings stuffed by: Jess, Jason, Neale, and Erin in Maryland.

Containers donated by Sally in Texas.

Cards were sorted, screened and bundled by: Chris, Janet, Wendy, and Sandy.

They were sent from Card “Elfs” from across the country and beyond!

Click on the picture to read about the luncheon. 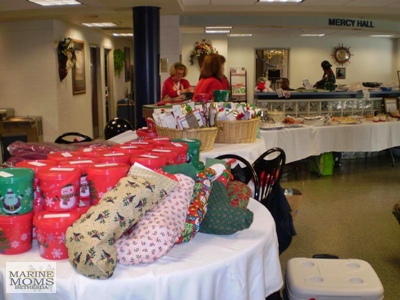