Busy Day on the 5th Floor at Bethesda Naval Hospital!

But first an FYI:

I had a late start heading over to Deb’s Saturday. See… there was this pasta salad I wanted to make that morning for the luncheon on Sunday. It turned out to be more of an event than I thought it would be. Took all morning and half of the afternoon…. It was absolutely worth it, though. GOOD stuff. 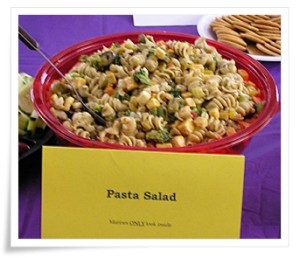 And under that, it says:

“Marines ONLY look inside”

You had to be there to know what it said.

And you had to be a Marine.

We learned that Lists are nice. You don’t have to think ‘cause you’ve already done the thinking when things weren’t hectic, just check everything off before you walk out the door, therefore you do not forget anything. GPS is nice, too. Then you don’t take the wrong exit off the beltway. 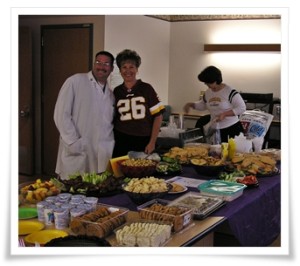 I had been given the head’s up a few days before to be on the lookout for someone who was there. I met his Mom and she invited me back to meet him. I passed on well-wishes to him from his group, then got the word back to the group that he was on the road to recovery and had lots of family with him. The stories I hear about our warriors are all about honor, courage, and bravery.

The Navy Supply Guy was there again. We first met him back in April. 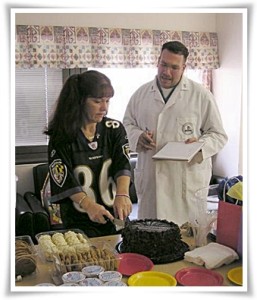 He’s not one bit camera shy.

Someone donated t-shirts for the guys. 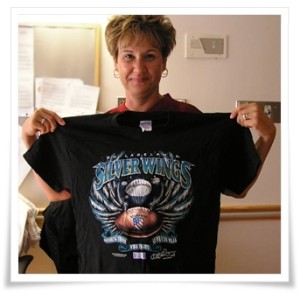 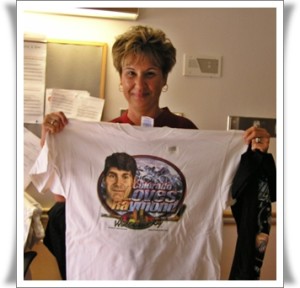 Carrie was there from Operation Santa to help us out and there is a little more about her fantastic project below. Robin joined us for the shopping, prep and luncheon – another Air Force Brat, and that made three of us. Another AF Brat was there with us in spirit, Lee, who I knew when our Dads were stationed at Misawa AFB in Japan many, many years ago. He and his wife were one of our sponsors for this luncheon.

A Marine helping us out was wearing this on her uniform. It’s the Presidential Service Badge. She was awarded it for providing direct support to the President for a year.

When Janelle and I began going to Bethesda almost 2 years ago, the walls in the hallways were bare. Now there are cards, wall hangings, posters, and banners covering them. Here are a few samples. The pictures don’t do the cards and the wall hanging justice. 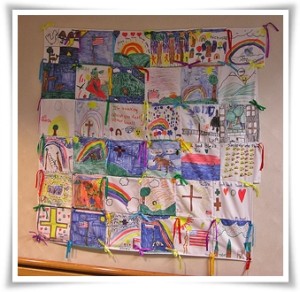 Bob and Lee Woodruff were there and Brenda and I talked to Lee for a little bit. Bob’s the anchorman who was injured by an IED a while back. This is the link to their website. 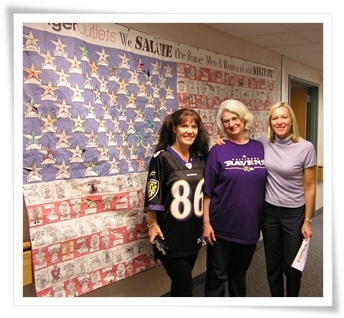 “Our mission is to ensure injured veterans and their families are thriving long after they return home.”

Conan O’Brian was there, too. When I was looking at the Woodruffs’ site this afternoon I saw this.

Stand Up for Heroes Event in NYC

An event to benefit the Bob Woodruff Family Fund.

As our visit came to an end, we wrapped the leftovers and put them in the fridge along with food we bought for the pantry. We like to leave it as full as we can for those late night snacks. We had a lot encouragement messages to leave for the guys, too, along with gift bags.

This time Deb led the way home. And no one got lost.

We enjoyed meeting everyone Sunday. Wishing all the best to our wounded warriors on their road to recovery.

Many thanks to those who helped make the day turn out so well and bring smiles to so many faces.

Deb, Brenda, Jean, Robin, you gals are great!!!  Crystal, the sub-maker – don’t know what we would have done without you!

Carrie, hope to see you again.

To the Liaison Staff, thank you for allowing us to come in and do this for the OIF patients and their families.

And then there’s more….

The holiday season is coming up. Lots of Christmas troop support projects going on right now all over the country to show support for our troops at home and abroad. One of them is Operation Santa. I asked Carrie to write something to include here, hoping to get the word out about it. Maybe it is something you would like to help out with.

Operation Santa started in 2004 when Deb and Connie wanted to send some Christmas cheer to their sons’ units in Iraq. It grew over the weeks and they ended up shipping over 6,000 stuffed stockings.  From there, it has taken on a life of its own.  Last year, Operation Santa shipped 17,000 stockings to deployed Marines and 300 to deployed National Guard units.  Marine Corps Moms and the Marine Corps Family Foundation addresses are found here:

Additionally, last year Operation Santa branched out to include those wounded/injured service members who would be in the hospitals at Bethesda and Walter Reed on Christmas Day.  We delivered stockings stuffed with Subway and Dunkin’ Donuts gift cards, gum, candy, DVD’s, CD’s, pads of paper and pens, and cards sent from all over the country to heroes on the wards.  It made my Christmas Day that much more special to be able to let them know that they were loved and thought of by so many grateful Americans.

This year, we’re extending Operation Santa to include Brooke AMC and Balboa Naval hospital as well as Walter Reed and Bethesda. I believe that we will stick with the stocking stuffers listed above.  What is going to change is how we raise the funds or get the material goods donated.  In the past, we have raised funds and then gone shopping with the money.  This year, I would like to see if individual businesses like Dunkin’ Donuts and Subway, etc. would be interested in donating the cards themselves.  Marine Corps Moms and the Marine Corps Family Foundation are a 501c3 organization and thus such donations would be tax deductible.

Individuals and organizations interested in supporting the efforts at any of the medical centers listed can contact me, Carrie Costantini, at xxxxxxxxxx. (removed email address and #  on 12.29.2013)

Here’s a link to an interview Marine Mom Mary Lou did about Operation Santa in another state. Santa’s Helpers are everywhere. 🙂

WA State Operation Thank You has their new website up and running. Looks nice! They have helped us out since our very first visit to Bethesda. 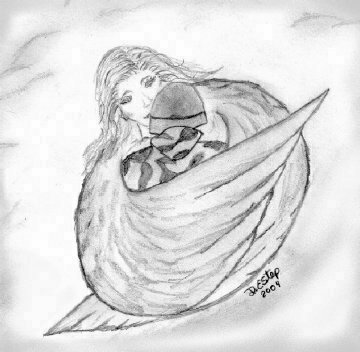 Air Force Mom Deb drew this Angel picture a few years back, shared it on her groups, and many of us have used it in different ways to support the troops and their families. To me, her drawing captures the essence of what so many of us Military Moms wish and hope for, that our sons and daughters are held in the wings of an Angel who protects the while they are deployed.

Deb’s picture has now been made into a stamp! You can read more about the stamp plate at the link and order one if you want. By “plate” I mean that it is the rubber sheet of stamps. You have to cut it out and adhere it to a block of wood or something to stamp with it.

The stamp plate also has Christmas stamps included on it. Deb’s not making any profit on it by choice, and Pamela is selling it at a very good price. She has a nice site, too. It’s in my bookmarks now. Angel Stamp Set – Pamela’s site (linkie gone.)

Deb asked me to let you know she would like to share her picture with you so you can use it if you want to.

Print a sheet of them out and use one in your next care package with a little note on the back of it.